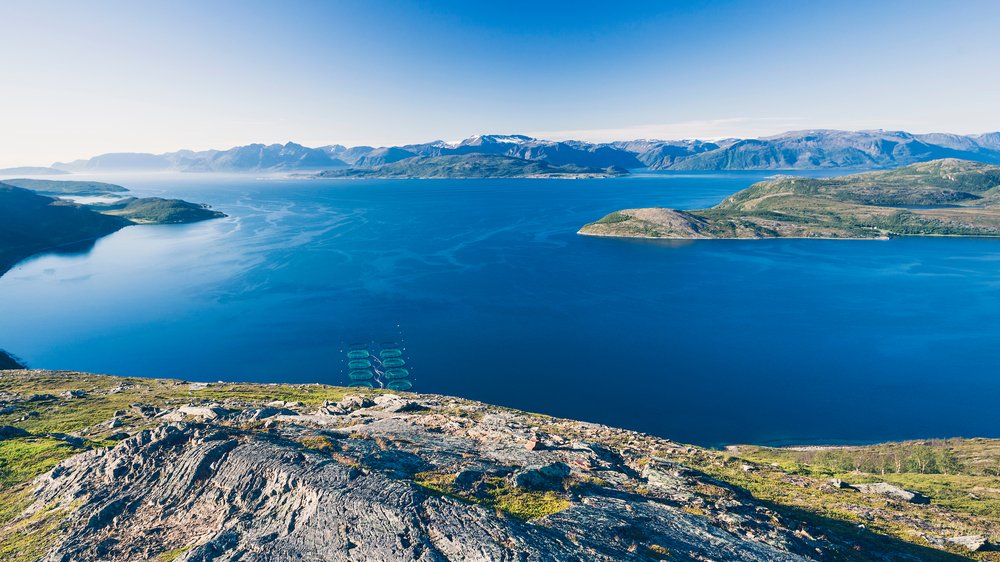 What do you know about the water environment and how the currents run in the fjord system where you are engaged in salmon farming? This information will be of significant benefit when you optimize measures against sea lice - not only for your sites but for the overall infection risk in the fjord.

The Institute of Marine Research is explicit about which options that apply for fish farms in fjords with significant sea lice infection. To bring the situation under control measures may involve closing or moving facilities, or one may use so-called snorkel cages such as Tubenet™.

We have previously presented AKVA group and Egersund Net's snorkel cage Tubenet™ and the promising results from small-scale trials. Now, these results are confirmed in a scientific study from commercial operation.

The Institute of Marine Research has run the research for a year. Three cages with Tubenet™ were compared with three conventional cages, and the principal conclusions are as follows:

In a Tubenet™, the fish stays deep enough to avoid the sea lice, which prefers the upper layer of water. When the salmon surface to fill the air bladder, they do so in a protective vertical cylinder (tube). Light (Aurora Subled combi) and feeding (AKVA subfeeder) at specific depths ensure that they return to a secure zone.

Knowing the environmental parameters of the fjord

A Tubenet™ works very well in a stable fjord. If the water circulates in a way that lice-infested surface water reaches the depth of the fish, you may have an infection nonetheless. Knowledge of water quality and current conditions at the location is decisive to benefit from such a solution. Oceanographic sensor buoy AKVA group has the technology to help fish farmers and environmental authorities in the fight against sea lice. Our sensor buoys can be placed at strategic locations in a fjord system to collect data on currents, water quality, and several other factors that impact the occurrence and spread of sea lice. This monitoring helps fish farmers to understand better which measures to implement at the various facilities, and thus optimize a solution such as Tubenet™.

The fjord systems along our coast are complex, and the water moves in patterns affected by factors such as current, wind, wave height, temperature, freshwater inflow, season, tide, and more. These are tied together in intricate correlations, and it's impossible to fully interpret variables and predict how conditions will be at a specific location at a particular time based only on observations.

The oceanographic sensor buoy can play an essential role in collecting such data for an entire fjord system. Based on advanced calculations, one may map the water's variations more accurately and thus position and operate the fish farm with as much help as possible from nature. In some fjords, "fire breaks" have been established between facilities to prevent the spread of sea lice.

The more we know and control, the better measures we take to impact both animal welfare and the economy. Avoiding just one delousing may recoup the entire investment in a Tubenet™ installed and operated to utilize local conditions.